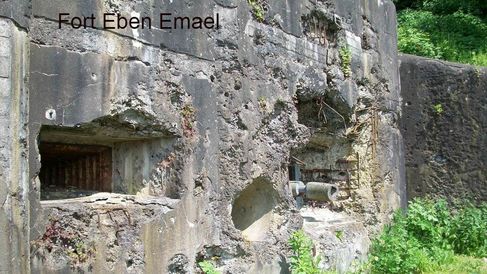 For many the War in the West, the Blitzkrieg onslaught against the Allies in 1940 started at the Belgian Fortress of Eben Emael. This tour takes you to some of the key strategic positions which had to be taken or neutralised for the German military to gain the foothold they needed to push the Allies into the sea. We visit some of the bridges which the Allies attempted to destroy and also the mighty fortress of Eben Emael. A very busy tour with loads to see. 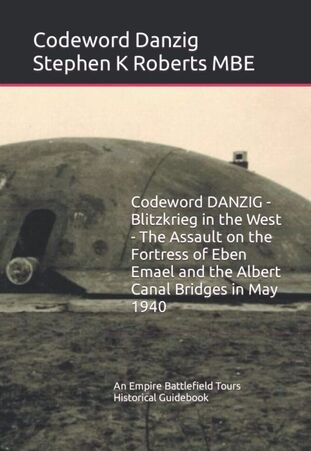 Empire Battlefield Tours has recently released the latest Codeword DANZIG Historical Guidebook.
With 205 pages, it covers the Fallschirmjäger Glider assault on the Fortress of Eben Emael and the Albert Canal bridges in detail. It also covers the Allied attempts to destroy the bridges in the days following the main assault. This guidebook has been extensively researched and links many before unseen or published photographs, many in colour sourced from across Europe, with maps and diagrams to help the battlefield explorer find the important locations. It also covers the sister Liège Fortresses of Battice, Aubin Neufchâteau and Tancremont of the Position Fortifée de Liège1.
The author has also included a supplementary section on the Position Fortifée de Liège 2. the fortress ring built in the late 1800's around the city of Liège, which caused the German military so many problems in their advance in the First World War, then telling their story during the Second World War.
This guidebook is currently available on Amazon UK at £19.99

Suggested Itinerary for the Tour

Day 1 - Travel from the UK on the Euro-Tunnel Le Shuttle to Calais then onward towards Maastricht.
​On arrival at our hotel either in Maastricht or the village of Kanne we will book in, refresh and take a walk though the amazing city of Maastricht, ending up at the old bridge over the river Maas where we will discuss the actions which took place on the 10th May 1940 (DL1)(DL1 = Difficulty Level 1, please see the Health and Well being section on the T&C's page where Difficulty Levels are explained). We can then take a stroll through the ancient city and take a Coffee in the Vrijthof before returning to the hotel. Time now to relax or explore. Later you can either join your guide for dinner at the hotel or we can visit one of the many excellent restaurants in Maastricht or if you would prefer, have private time to explore.

Day 2 - After Breakfast we will make the short journey to the Albert Canal bridge in the village of Kanne, here we will stop and discuss the fierce fighting which took place at this location at the start of the Blitzkrieg. We will then visit a small Belgian cemetery nearby to pay respects (DL1). A short drive, or for those of you feeling fit, a stroll to the top of the Tiendeberg hill to visit the memorial to Allied Aircrew who died in South Limburg in WWII (I helped to build this memorial in 1999). From Tiendeberg we take a short break in Kanne at a local cafe for lunch, then we will visit the incredible Belgian fortress of Eben Emael. This fortress was captured by Elite German glider borne troops very early in the Blitzkrieg. We will be able to take a tour of the inside of the fortress guided by a local guide (subject to availability). Then we can take a tour of the roof of the fortress to see the battlefield and the gun emplacements (DL 2). The Eben Emael tour can take up to 3 hours and is an amazing insight into European social history between WWI and WWII and also the effect that a small well trained team of special forces can have against a set position. We will then return to our hotel for free time to explore and relax. Later you can either join your guide for dinner in one of the many excellent restaurants in Maastricht or if you would prefer, have private time to explore.

​Day 3 - After Breakfast we check out of our hotel and make the short journey to the Bridges over the Albert Canal at Vroenhoven and Veldwezelt. It was at these locations that the RAF attempted suicidal missions to slow down the German advance across Holland and Belgium in 1940. We visit the memorial to Flying Officer Garland VC,Sgt Observer Grey VC and LAC Air Gunner Reynolds of 12 Bomber Squadron RAF and look in detail at their mission which earned Garland and Grey the Victoria Cross. From the Bridges we move to the American Military Cemetery at Margraten. This is the only American Military Cemetery in the Netherlands and is the resting place for 8,301 American Service personnel, it also has a memorial to 1,722 missing in action, many of the missing flew with the 8th Air Force from East Anglian bases, never to return. From Margraten we stop for refreshments before heading towards Brussels on our journey home, stopping at the Commonwealth War Graves Commission Cemetery at Haverlee to visit the graves of Flying Officer Garland VC and Sgt Grey VC, also their Air Gunner LAC Reynolds.
​Then to Calais for return to the UK. 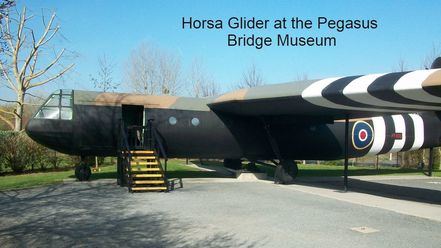 Overview
​D-Day was the greatest seaborne and airborne invasion of all time. The Normandy D-Day tour is packed with military and historic interest. We look at the heroism and actions across the whole battlefront, we also look at some of the amazing inventions which aided the Allies to get a foothold on the Continent of Europe. Be prepared to be out and about on full days, visiting bunkers, battle sites and museums.
Suggested Itinerary​
Day 1 - From the UK on the Euro-tunnel to Calais then a road journey of 3 hours + - depending on the traffic - distance approx 340km to reach Caen, or local roads via Bayeux to get to our hotel and book in. Time to relax after the long drive, you can join your guide in the evening for a D-Day brief where he will set the scene for the following days touring the battlefields, then either have free time to explore yourself or join your guide in one of the many restaurants available.

Day 2 - After breakfast we travel to Pegasus Bridge on the Eastern flank of the battlefield to discuss Operation DEADSTICK the British 6th Airborne glider attack on the bridges, we also visit the Pegasus museum (DL1)(DL1 = Difficulty Level 1, please see the Health and Well being section on the T&C's page where Difficulty Levels are explained)(toilets available at this museum), then on to the Ranville CWG Cemetery (DL1) for a brief on the War Graves Commission. From Ranville we travel to the Merville Battery,explore the Gun Battery (DL1) and receive a brief on the 9th Btn Parachute Regt and the desperate action which took place there. From Merville Battery we travel to Ouistreham and SWORD Beach (DL1), there we will stop for refreshments before receiving a brief and orientation of the battlefield on D-Day, discuss who came ashore there and what they faced. Onwards to Courseulles-sur-Mer - JUNO Beach, there we discuss the Canadian landings on JUNO Beach (DL1). We then return to our hotel for time to relax and refresh or explore. Later you can either join your guide for guide for dinner or if you would prefer, have private time to explore.

Day 3 - After Breakfast we travel to King Red Sector on GOLD Beach (DL1) and continue with our tour, at La Riviere we discuss the 6th Btn the Green Howards on D-Day and tell the story of CSM Stan Hollis VC the only recipient of the Victoria Cross on D-Day. From GOLD Beach to Arromanches (DL1), high on the Cliff top overlooking the remains of the Mulberry portable harbour, which the Allies towed to Normandy, we discuss the enormous effort involved in building and constructing an artificial harbour and what happened to it, then in to Arromanches village for lunch. From Arromanches to Bazenville to one of the first Allied Advanced Landing Grounds (ALG) built after D-Day, we visit a memorial there and then move on to the Bayeux CWG Cemetery (DL1) and pay respects. From Bayeux we visit the Gun Battery at Longues-sur-Mer a perfectly preserved gun battery with the guns still in place (DL1). Whilst at Longues-sur-Mer we start to tell the story of Operation AUBERY, this amazing and little known operation follows the 47 Royal Marine Commando mission to push inland from GOLD Beach and capture the little village of Port-en-Bessin from the landward direction. We then travel to Port-en-Bessin to discuss the operation and the results, also why the operation had to be a success. From here we return to our hotel and refresh and relax. Later you can either join your guide for dinner or if you would prefer, have private time.

Day 4 - After Breakfast we travel to Colleville-sur-Mer - OMAHA Beach, firstly we visit the American Cemetery (DL1), the resting place of 9,387 souls and 1,557 recorded as missing after a visit to the cemetery we move on to OMAHA beach at Vierville and visit the German strongpoint WN72 on DOG-GREEN beach (DL1), there we discuss the landings at OMAHA and the difficulties faced. From OMAHA we move to the Pointe-du-Hoc and visit the preserved battlefield on the cliff tops overlooking the beaches (DL1), there we discuss the 2nd US Ranger Btn attack whilst exploring the vast array of bunkers. From Pointe-du-Hoc we travel into the Cotentin Peninsular and visit UTAH Beach, on the beach we discuss the American landings and visit the UTAH Beach museum, here we also have lunch (DL1)(toilets available at this museum). From UTAH Beach we travel inland to the village of St Mere Eglise, here we discuss the American Airborne 82nd and 101st Divisions on D-Day, we also visit the Airborne Museum (DL1)(toilets available at this museum) after a coffee and cake break in the village we move to the La Cambe German Military cemetery where the remains of over 21,000 German military personnel are buried (DL1), there we discuss the German reaction to the Invasion and who the defending Divisions were, also the Commanders and what decisions were made which effected the whole Invasion. From La Cambe we return to the hotel to refresh and relax. Later you can either join your guide for dinner or if you would prefer have private time.

Day 5 - After Breakfast we check out of our hotel and begin the journey back to the UK, stopping at a French supermarket en route, then by road to Calais and the Euro-Tunnel to UK. 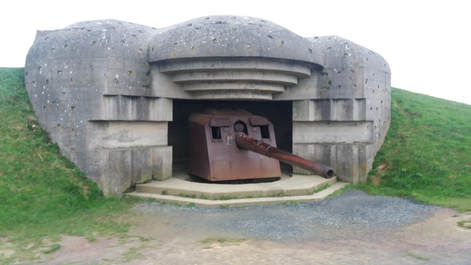