Overview
For many the War in the West, the Blitzkrieg onslaught against the Allies in 1940 started at the Belgian Fortress of Eben Emael. This tour takes you to some of the key strategic positions which had to be taken or neutralised for the German military to gain the foothold they needed to push the Allies into the sea. We visit some of the bridges which the Allies attempted to destroy and also the mighty fortress of Eben Emael. A very busy tour with loads to see.

D.F.S. 230 Glider as used in the assault on the fortress of Eben Emael

​Suggested Itinerary for the Tour

Day 1  Travel from the UK on the Euro-Tunnel Le Shuttle to Calais then onward towards Maastricht.
​On arrival at our hotel either in Maastricht or the village of Kanne we will book in, refresh and take a walk though the amazing city of Maastricht, ending up at the old bridge over the river Maas where we will discuss the actions which took place on the 10th May 1940 (DL1)(DL1 = Difficulty Level 1, please see the Health and Well being section on the T&C's page where Difficulty Levels are explained). We can then take a stroll through the ancient city and take a Coffee in the Vrijthof before returning to the hotel. Time now to relax or explore. Later you can either join your guide for dinner at the hotel or we can visit one of the many excellent restaurants in Maastricht or if you would prefer, have private time to explore.

Day 2 - After Breakfast we will make the short journey to the Albert Canal bridge in the village of Kanne, here we will stop and discuss the fierce fighting which took place at this location at the start of the Blitzkrieg. We will then visit a small Belgian cemetery nearby to pay respects (DL1). A short drive, or for those of you feeling fit, a stroll to the top of the Tiendeberg hill to visit the memorial to Allied Aircrew who died in South Limburg in WWII (I helped to build this memorial in 1999). From Tiendeberg we take a short break in Kanne at a local cafe for lunch, then we will visit the incredible Belgian fortress of Eben Emael. This fortress was captured by Elite German glider borne troops very early in the Blitzkrieg. We will be able to take a tour of the inside of the fortress guided by a local guide (subject to availability). Then we can take a tour of the roof of the fortress to see the battlefield and the gun emplacements (DL 2). The Eben Emael tour can take up to 3 hours and is an amazing insight into European social history between WWI and WWII and also the effect that a small well trained team of special forces can have against a set position. We will then return to our hotel for free time to explore and relax. Later you can either join your guide for dinner in one of the many excellent restaurants in Maastricht or if you would prefer, have private time to explore.

​Day 3 - After Breakfast we check out of our hotel and make the short journey to the Bridges over the Albert Canal at Vroenhoven and Veldwezelt. It was at these locations that the RAF attempted suicidal missions to slow down the German advance across Holland and Belgium in 1940. We visit the memorial to Flying Officer Garland VC,Sgt Observer Grey VC and LAC Air Gunner Reynolds of 12 Bomber Squadron RAF and look in detail at their mission which earned Garland and Grey the Victoria Cross. From the Bridges we move to the American Military Cemetery at Margraten. This is the only American Military Cemetery in the Netherlands and is the resting place for 8,301 American Service personnel, it also has a memorial to 1,722 missing in action, many of the missing flew with the 8th Air Force from East Anglian bases, never to return. From Margraten we stop for refreshments before heading towards Brussels on our journey home, stopping at the Commonwealth War Graves Commission Cemetery at Haverlee to visit the graves of Flying Officer Garland VC and Sgt Grey VC, also their Air Gunner LAC Reynolds.
​Then to Calais for return to the UK. 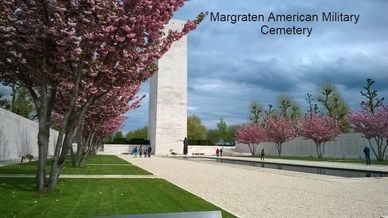 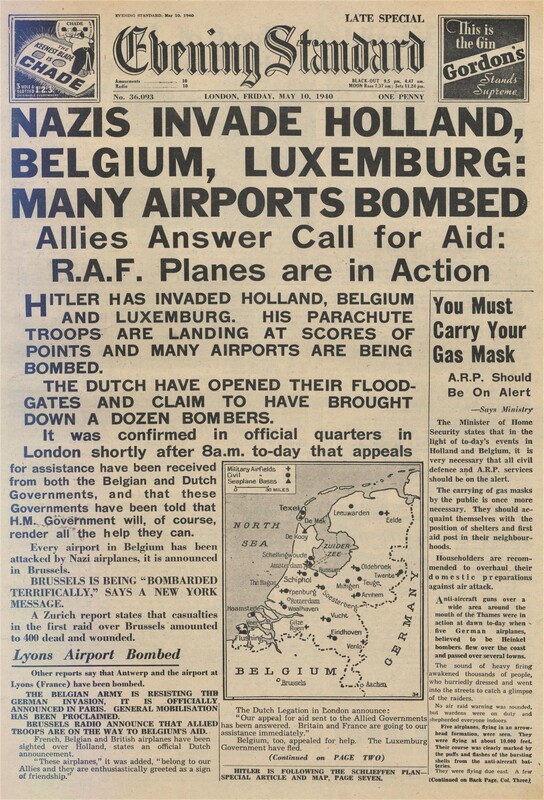